Serial Box Presents: Your Portal to Another World with Joaquin Lowe 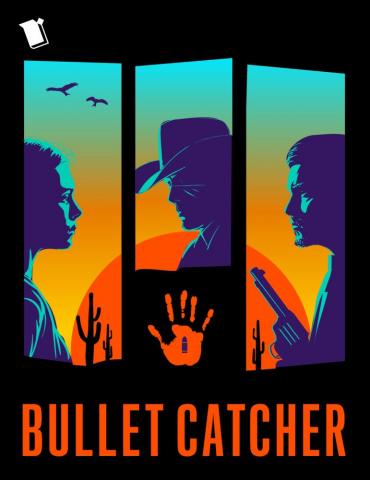 Join TCPL and Serial Box once a month for a series of live readings and Q&A's with their authors (more details forthcoming). This event features Bullet Catcher with author Joaquin Lowe:

Imma once dreamed of leaving her isolated desert town and becoming a bullet catcher: an outlaw who can fend off bullets with a bare hand.

After all, that’s the cause her brother Nikko died for, and Imma would do anything to keep his legacy alive—especially after losing their parents put them both in an orphanage. But that was before. Now, the bullet catchers are gone and Imma’s future is as dried up as Sand, the name of the dead-end town she lives in. That is, until a real bullet catcher shows up and everything changes. Determined to learn everything he has to teach her, Imma crosses the treacherous desert in search of a destiny that will mean something. What she finds is a conflict between bullet catchers and gunslingers simmering beneath years of betrayal, corruption, and thirst for power. When everything Imma knows about bullet catchers is called into question, the side she chooses to fight for will determine more than her own fate.

Season 3 of Bullet Catcher releases September 23rd; all attendees at this event will get access to Season 1 for free with a Serial Box account. Learn more at Serial Box online and in a recent interview with Joaquin Lowe.

This is free and open to the public, and will be offered via Zoom.

Joaquin grew up in the San Francisco Bay Area. He received his MFA in Writing from The School of the Art Institute of Chicago. He has worked at Tin House Books, Bellevue Literary Press, and Soho Press. He has always wanted to be a writer, except when he was very young and wanted more than anything to be the fifth Ninja Turtle, the Ravi Shankar of sewer dwelling mutant reptiles.

Serial Box offers addictive, well-produced sci-fi and fantasy that you can listen to or read, delivered to your device in bite-sized chunks. Learn more at Serial Box online.

If you have any questions, please contact Sophia McKissick at smckissick@tcpl.org.