Film Screening: Will Eisner - Portrait of a Sequential Artist 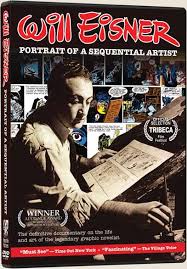 Adults , Teens
Please note you are looking at an event that has already happened.

Will Eisner: Portrait of a Sequential Artist is the definitive documentary on the life and art of the godfather of the American comic book. This award-winning full-length feature film (which premiered at the Tribeca Film Festival and screened in over 25 film festivals worldwide) tells the story of arguably the most influential creator in comics, Will Eisner, who as artist, entrepreneur, innovator, and visual storyteller, enjoyed a career that encompassed comic books from their early beginnings in the 1930s to the rise of graphic novels in recent years. During his sixty-year-plus career, Eisner introduced the now-traditional mode of comic book production; championed mature, sophisticated storytelling (especially through his unforgettable creation "The Spirit" and subsequent books); advocated using comics in education; pioneered the now-popular "graphic novel," and became an inspiration for generations of artists.