Community Read: Lifting the Emotional Embargo: Travelling to Cuba as a Cuban-American Writer 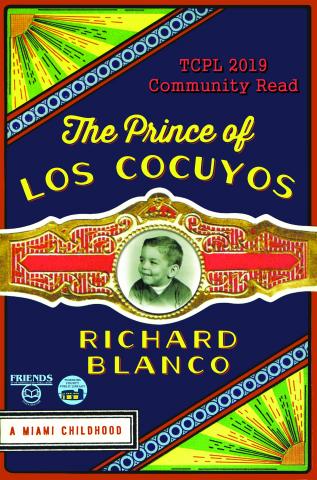 In the summer of 2017, Raul Palma (fiction writer) was one of ten writers invited to Havana, Cuba under the mentorship of inaugural poet Richard Blanco and anthropologist/writer Ruth Behar. Sponsored by the CubaOne Foundation, their mission was to meet Cuban artists and build collaborative bridges between writers in Cuba and Cuban-American writers in the U.S. In this lecture, Palma will lean into his family's history, anecdotes, and observations in order to contextualize the emotional embargo between Cubans on the island and those in the United States. He will also discuss the role of the imagination in both reconciling and interrogating the past--a lecture staggered with excerpts of work inspired by the week he spent in Havana, Cuba.

Raul Palma is an Assistant Professor of Writing at Ithaca College. He earned his Ph.D. in English at the University of Nebraska-Lincoln, where he also specialized in ethnic studies. In 2017-2018, he was awarded a dissertation fellowship through Ithaca College’s diversity scholars program, which he used to complete his novel. Presently, he serves as a fiction editor for Prairie Schooner. His work has appeared in Alaska Quarterly Review, Alimentum, Chattahoochee Review, Greensboro Review, Smokelong Quarterly, and Sonora Review. The first chapter of his novel Manteca was distinguished/notable in Best American Short Stories (edited by Junot Diaz), and his short fiction was included in Best Small Fictions 2018 (selected by Aimee bender). He is a second-generation Cuban-American, raised in the exile community. Originally from Miami, he lives in Ithaca with his wife and daughter.