Learn about writing, theater, and the creative process with Michael Barakiva, ​author of ​One Man Guy ​and ​Hold My Hand.

Michael Barakiva is an Armenian/Israeli American theater director and writer based in New York City. His first novel, One Man Guy, published by Macmillan (Farrar, Straus & Giroux), was ranked the #1 Gay Young Adult novel on Goodreads in 2014, was named to the Rainbow List and Family Equality Council’s Book Nook and was released in Brazil by LeYa. The stand-alone sequel, Hold My Hand, was released in May 2019. He is currently working on this third novel, as well as an adaptation of Paradise Lost for the stage commissioned by Red Bull Theatre Company in NYC.

Michael also serves as the Artistic Director of The Hangar Theatre in Ithaca, NY since 2016, as well as the Artistic Director of The Upstart Creatures (www.upstartcreatures.com), a theater company dedicated to creating (meta)physical feasts combining theater and food. He is an avid board-game player, and a proud member of the New York Ramblers, the world’s first openly-gay soccer club. 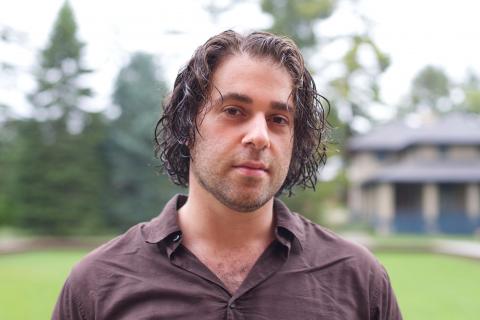