The Comics Drama Radio Hour presents: Will Eisner's "The Spirit" 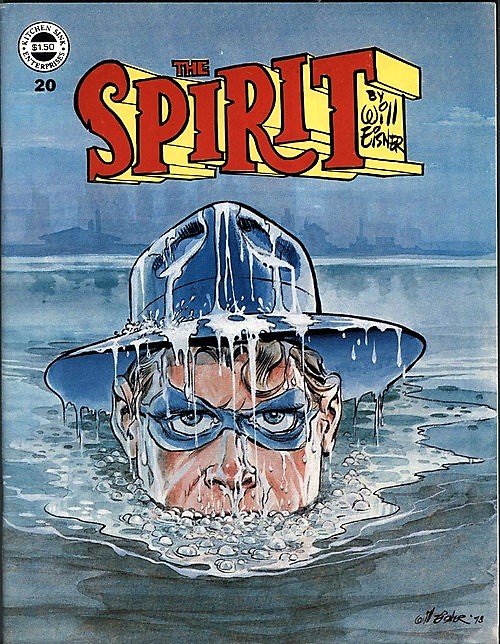 Adults
Please note you are looking at an event that has already happened.
This event has been cancelled.

Join Brett Bossard, Scott Hitz, Bob Proehl, Jeff Hodges, Sound Designer Norm Scott (and possible guest stars) as they perform live radio/podcast versions of comic books new and old. This “Spring Writes Special” is in cooperation with our own Tompkins County Public Library and will honor comic book writer, Will Eisner. We will be discussing and performing one of his all time great characters, "The Spirit". Thrill to the radio shows of yesteryear!

"The Comics Drama Radio Hour! An audio presentation of a visual medium!"

Due to space limitations, registration is required for in-person attendees. This performance will also be livestreamed to the library's YouTube page.

The Community Arts Partnership presents the 14th annual Spring Writes Literary Festival, with over 40 events running from May through June this year! See the line-up of events and artist bios at www.springwrites.org. Please share this event with your book-loving friends!

Brett Bossard is the Executive Director at Cinemapolis, Ithaca's Member Supported Independent Cinema, so he mostly watched movies for a living. When not watching movies, he also reads comics. He has a MA in Popular Culture, which is something he's contractually obligated to mention in all bios.

Scott Hitz is a performer, director, educator and producer and he occasionally plays with dolls. He has worked for both stage and television but his real passion is his family, his dog and whatever is showing at Cinemapolis, where he now works as Operations Manager. He also feels a good pair of socks should never be underrated.

Bob Proehl is a local writer with far too many opinions about the X-Men.

Jeff Hodges works at PhotoSynthesis Productions where he collaborates as a camera operator and editor. Additionally, he also freelances as a filmmaker specializing in producing music videos with popular bands such as "The Blind Spots" and is part of the theater company "House of Ithaqua" helping to produce horror themed theatrical productions. He enjoys cooking, baseball, movies, video games, and pretty much all things nerdy. You can also see Jeff as a background extra in the Syfy Channel original film "Mega Piranha" as a member of the elite Piranha killing Spec-ops team.

Norm Scott is a video editor, sound designer, turntablist, maker, documentarian, and modular synthesist. He enjoys building soundmaking devices, and self-deprecating humor. In February of 1996, he was awarded the Employee of the Month Award at McDonalds.