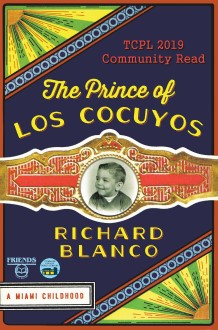 Join us for the TCPL 2019 Community Read discussion of The Prince of los Cocuyos by Richard Blanco.

“Made in Cuba, assembled in Spain, imported to the USA" is how Blanco describes his story in shorthand. So, you would expect his memoir to be filled with stories and reflections that are completely unique to him. And, he has done just that - in a brilliant, engaging and, at times, hilarious way. However, he's also written a story that speaks to anyone who has tried to find their place in the world and within their own family. His descriptions of family members are both vivid and yet somehow familiar, regardless of your ethnic heritage. Blanco's stories will have you unexpectedly thinking about your own family, as well as the tales and trials that make up your personal story. 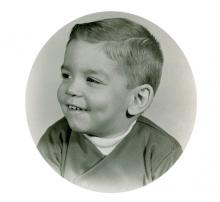 Whether speaking as the Cuban Blanco or the American Richard, the homebody or the world traveler, the shy boy or the openly gay man, the engineer or the presidential inaugural poet, Blanco’s writings possess a story-rich quality that illuminates the human spirit. His work asks those universal questions we all ask ourselves on our own journeys: Where am I from? Where do I belong? Who am I in this world? 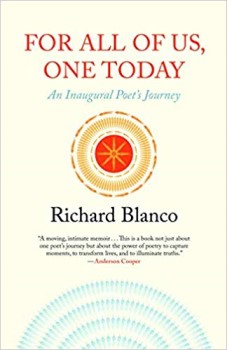 As a supplement to The Prince of los Cocuyos, we are offering limited quantities of For All of Us, One Today for a book club discussion. Blanco reveals the inspiration and challenges behind the creation of the inaugural poem, “One Today,” as well as two other poems commissioned for the occasion (“Mother Country” and “What We Know of Country”), published here for the first time ever, alongside translations of all three of those poems into his native Spanish.

The TCPL 2019 Community Read is made possible by the generous support of The Friends of the Tompkins County Public Library.

For more information, contact Joyce Wheatley at jwheatley@tcpl.org or Tom Burns at tburns@tcpl.org.

Library Closed due to COVID-19

Library Closed due to COVID-19

All Day 3/14 - 4/15
Branches:
Tompkins County Public Library
Description:
Effective 3/14 through 4/15 the Library will be closed due to our responsibility to the community in limiting the spread of the Coronavirus in conjunction with Tompkins County School closings. You can still access many online resources at w...
This event is in the "Families" group.
This event is in the "Kids" group.

12:00pm - 4:00pm
Library Branch: Tompkins County Public Library
Room: Makerspace
Age Group: Adults, Teens
Program Type: Arts & Crafts, STEAM, Makerspace
About this event::
Join us in the Makerspace for self-led open hours! Bring your project, or make something with our available tools and materials. Share ideas with other makers, learn from volunteers and members of the community, and tinker to your heart's content!...
This event is in the "Adults" group.

2:00pm - 3:00pm
Library Branch: Tompkins County Public Library
Room: BorgWarner Full
Age Group: Adults, Families, Babies, Toddlers, & Preschoolers, Kids, Teens
Program Type: STEAM, Performance, Classes and Workshops, Music
About this event::
The Big Red Marching Band and the Tompkins Public Library are teaming up to hold a musical workshop for kids, tweens and teens where you'll get the chance to hear members of the band talk about their fun times and get some hands on experience with th...
This event is in the "Kids" group.

3:30pm - 5:00pm
Library Branch: Tompkins County Public Library
Room: BorgWarner West
Age Group: Kids
Program Type: STEAM, Classes and Workshops
About this event::
Children ages 8-12 are invited to explore and learn new board games each week with Michael Timonin, local board game aficionado! All kinds of great games to choose from! Put on your strategic thinking cap and join us! Feel free to join in a...
This event is in the "Teens" group.

4:00pm - 6:00pm
Library Branch: Tompkins County Public Library
Room: Makerspace
Age Group: Teens
Program Type: STEAM
About this event::
Join us for a weekly maker session for teens. Every session will provide a short tutorial on 3D printing, laser cutting, or Arduino programming. No prior experience required. Materials will be provided. ...
This event is in the "Adults" group.

11:00am - 12:00pm
Library Branch: Tompkins County Public Library
Room: Local History Study Room
Age Group: Adults
Program Type: Writing, Local History, One-on-One Appointments
About this event::
Do you have old family photos, film or videos that you would like to convert to a digital format?  Now you can for free at the library!  During this hour long session a librarian will help you use our conversion equipment. Professional advi...

Thank you to our 2019 Community Read Ambassadors!