Effective 3/14 through 4/13 the Library will be closed due to our responsibility to the community in limiting the spread of the Coronavirus in conjunction with Tompkins County School closings. You can still access many online resources at www.tcpl.org. We will continue to work with the County to complete the 2020 US Census. For more information, contact Director Annette Birdsall at abirdsall@tcpl.org.

Our first selection for 2020 is The Second Founding: How The Civil War and Reconstruction Remade the Constitution, by Eric Foner.

The Declaration of Independence announced equality as an American ideal, but it took the Civil War and the subsequent adoption of three constitutional amendments to establish that ideal as American law. The Reconstruction amendments abolished slavery, guaranteed all persons due process and equal protection of the law, and equipped black men with the right to vote. They established the principle of birthright citizenship and guaranteed the privileges and immunities of all citizens. The federal government, not the states, was charged with enforcement, reversing the priority of the original Constitution and the Bill of Rights. In grafting the principle of equality onto the Constitution, these revolutionary changes marked the second founding of the United States.

Eric Foner is the pre-eminent historian of the Civil War era. His teaching and scholarship have shaped our understanding of that pivotal period. His books have garnered every major award, including the Pulitzer Prize for The Fiery Trial, his study of Lincoln and American slavery. The DeWitt Clinton Professor Emeritus of History at Columbia University, he also writes frequently for The Nation and other major periodicals. 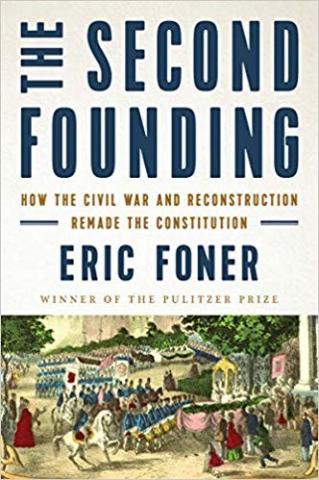 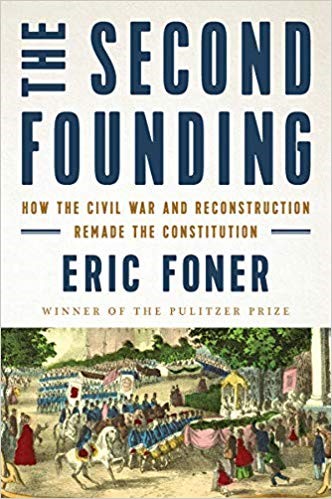